Later, Kulechov pretended to thank Twitter owner Elon Musk for the opportunity. Kulechov went on to post a false roadmap mirroring some of Musk’s own goals, including plans to introduce an edit button and open-source Twitter’s algorithms.

Kulechov also suggested that Twitter would integrate Ethereum, the Ethereum Name System (ENS), and his own Lens Protocol—none of which the special media company actually plans to partner with.

It seems that Twitter was not amused by the joke and decided to ban Kulechov from the platform over his false claims.

During his absence from the platform, Kulechov confirmed in a statement that “Twitter, recently bought by Elon Musk, [had] chosen to suspend [his] account” and complained that long-standing profiles can be deleted on “the whim of a centralized platform.”

Now, Twitter has apparently chosen to restore Kulechov’s account and will allow his tweets to remain. Kulechov doubled down on the joke, writing today: “I’m back as interim CEO of Twitter.”

Can Social Media Be Fully Open?

Though Kulechov has criticized Twitter’s overly-strict content policies, it also appears that he does not believe that Elon Musk’s plans for a decentralized Twitter go far enough.

Kulechov noted that Musk has claimed that Twitter “should be an unregulated global town [square].” However, he argues that even Musk’s plans would leave Twitter a “centralized force that could close its doors to people of their choosing.”

He says that if Musk truly treated Twitter as a town square, then the platform “would be owned by the public as well.”

Kulechov took this opportunity to promote his own social media platform, the blockchain-based Lens Protocol, as a solution. Lens Protocol allows users to move between different sub-platforms; users also own their profiles and posts as NFTs that cannot be deleted.

Disclosure: At the time of writing, the author of this piece owned BTC, ETH, and other cryptocurrencies.

Ethereum DeFi protocols Aave, Maker, and Synthetix have seen their tokens rally on the back of new protocol upgrades and proposed growth strategies.  DeFi Blue Chips Bounce Back After a… 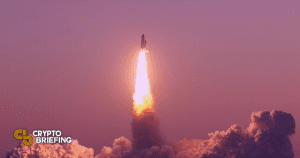 Aave has launched its V3 update. The upgrade will initially be deployed on Polygon, Fantom, Avalanche, Arbitrum, Optimism, and Harmony with Ethereum to follow in the future.  Aave Unveils V3…

The team behind the DeFi platform Aave has launched the testnet for Lens, a social media protocol that relies on NFTs for data management. Lens Will Promote User Data Ownership…

By The Cryptocurrency Post
1 Mins read
Avalanche (AVAX) has emerged as one of the worst-performing cryptocurrencies among the top-ranking tokens in the last 24 hours, partially due to…
Cryptocurrency

By The Cryptocurrency Post
3 Mins read
While non-fungible token (NFT) collectibles have become a hot commodity over the last 12 months, a number of NFT owners are taking…
Cryptocurrency

Why Coinbase and the WNBA are investing in the future together | by Coinbase | May, 2022

By The Cryptocurrency Post
1 Mins read
TL;DR: Coinbase is announcing its partnership and investment in the WNBA ecosystem. Today, Coinbase is excited to announce our expanded investment within…